Love and romance remain one of the most beautiful things in the world. So elusive and yet it’s everywhere. I was recently out of a relationship and beginning to feel that I would never meet that person who I would want to spend my life with. This can be a lonely feeling, especially when everybody else is settling down.

Still, I’m an optimist, I remain hopeful and enjoy the freedom of being single, though the experiences of joy from the mutual love and romance with a beautiful woman is something I find euphoric. A friend of mine organised a trip to for a group of single Christians to Paris, allegedly “the most romantic city in the world”. I had never been to Paris and being single and a Christian, I jumped at the idea.

The whole group was really kool and I knew it would be an interesting trip, especially as the organiser missed the plane and we forced to make our own acquaintances, which was fun and a touch adventurous, especially as none of us spoke any French. On landing everything was fine and worked out well. Though from the start, people watching during the car-ride from the airport to the hotel, I could tell Paris had something special. 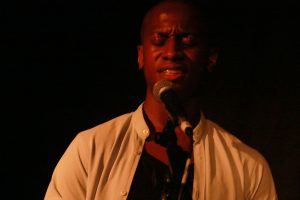 It was late in the evening, everybody else was asleep. I was by myself in the lobby writing poetry, when suddenly a group of party girls came through. Amongst them was a slim, chocolate brown babe, absolutely stunning! They noticed me and seemed to talk amongst themselves. She went upstairs came back and they left together.

The next day I had breakfast and just as I was leaving just as she arrived.

On my way out with the group, we “happened” to meet in the lift. She was so kool and down to earth, we laughed, chatted and exchanged details.

Paris was filled with fresh romance and beautiful women. Hanging out beside the river, near the Eiffel tower having something to eat, looking at the vendors and the pidgeons when I thought, “this is not that different to London”. Just then I saw a man get down on one knee and propose to his lady. I’ve never seen a proposal in real life, no glamour and glitz, just real love, the purest quality in romance. I couldn’t hear what he was saying, but you could imagine and feel the sincerity. She covered her mouth in shock before nodding and saying something back. They embraced and I felt privileged to witness it. I celebrated for them in my heart and clapped out loud yelling “bravo”! Afterwards I paused, looked around at how people were engaging with each other and felt the love in the air. It’s not a myth, Paris is the most romantic city in the world. 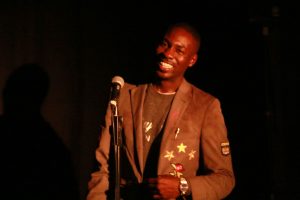 I made many new friends and by the time the trip finished, I felt re-invigorated with hope and ambition.

In London I messaged the girl from the hotel and we became friends. She was Ethiopian though she lived in Holland. I visited family in Germany and arranged a detour on my way back via Amsterdam hoping to see her. It was spontaneous move and we didn’t get to meet up. Instead I spent my time exploring the Amsterdam art scene and hidden creative ventures, before sleeping and writing in a stripped back hostel room. I wrote poetry and content for “Van Gogh On The Beach”. I thought about Van Gogh, his life as an artist and controversial romantic relationship with a prostitute. It was Valentine’s Day and I found myself in a massive warehouse run by the community. It had a bar, a restaurant, life drawing classes and its own cinema. I sat down on a bean bag with a beer, a couple of new friends and 200 other people to watch a classic Korean film called “In The Mood For Love”, which was brilliant. The following night I went to a story-telling event in a bar. Everybody sat in a circle and each person had 5 – 10 minutes to tell a story. It was such a kool vibe, and inspiring to hear stories from such a range of different people.

During the day I wondered the shopping district and penciled some fashion ideas as Paris and Amsterdam have so much flava when it comes to attire.

On my return to London I put together the concept for “Amsterdam” a series of poems starting with my journey to Paris and then going on to explore and depict my personal developments romantically and creatively. To compliment this idea, I invited Solomon Adams, a friend and exceptional poet to contribute. Knowing his poems and him being trained in Theatre, we worked out the structure and included a soundtrack of head-nodding jazz and hip-hop instrumentals to compliment the poems. 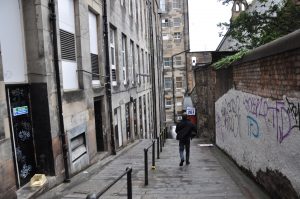 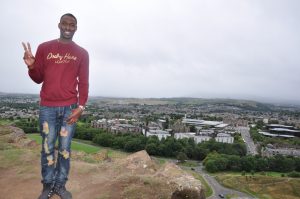 We took the show to 2018 Edinburgh Fringe with The Space in venue 39, an intimate spot just off the main street.

For the introduction, on entry we improvised a conversation and then involved the audience, before getting into the spoken word pieces, allowing each poem to unfold as part of the dialogue.

For each performance I wore the “Van Gogh” blazer, my first upcycled piece. It is a jacket of a suit that has been treated so the colour is faded in parts. On it are stitched badges I brought from Paris, Amsterdam and London. It’s styled to give it an almost military feel. On the back is the feature badge which reads “Every Artist was first an Amateur”. This jacket got such a positive response whenever I wore it, especially when socializing at the clubs and after-show drinks.

The whole experience was epic. The show was exactly what I had hoped for and more. I was able to share my story and received my first 4-star review, which you can read below. What a journey for a hopeless romantic! I fell in love with Paris, but Amsterdam stole my heart.