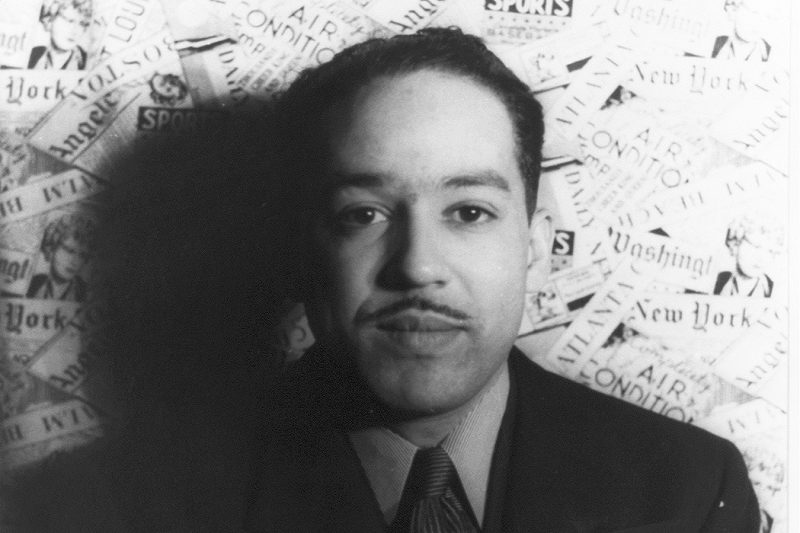 Langston Hughes was the most prominent Poet from the Harlem Renaissance. That is not to say he was the best, though he was definitely one of the front –runners of the movement, becoming a recognised voice and face for the poets of this creative awakening.
Before poetry he held odd jobs such as assistant cook, launderer, and busboy. He also travelled to Africa and Europe working as a seaman.
In his childhood, racism and race issues were beginning to stifle him and it was at this point when he was feeling demoralised that something very special happened… “Then it was that books began to happen to me, and I began to believe in nothing but books and the wonderful world in books,  where if people suffered, they suffered in beautiful language, not in monosyllables”  – Langston Hughes – I Dream A World, Oxford University Press.
There is so much to say about the Young man who grew to become an internationally respected poet, social activist, novelist, playwright, and columnist. Besides the numerous honours and awards, to signify his importance his home in Harlem was given Landmark status with the street being re-named  Langston Hughes Place.  One of the lead innovators of the form of spoken word called “Jazz Poetry”, his work received notable success though he always remained authentic.

DREAMS BY LANGSTON HUGHES
Hold fast to dreams
For if dreams die
Life is a broken-winged bird
That cannot fly.

Hold fast to dreams
For when dreams go
Life is a barren field
Frozen with snow.

“When Harlem Met Kenya” is our play featuring a Young Langston Hughes played by Solomon Adams. Solomon is a trained actor and exceptional poet. He played the role of Langston Hughes with a natural pizazz, showing great humility, talent and originality.
I think Langston would have been proud!!

There are no reviews yet.